Novel Idea was established in 2003, with a view to assisting businesses to improve and innovate within their own organisation by helping them to improve efficiency – in other words, to help them do things right – as well as effectiveness, so that they also do the right things.

We focus on experiential learning – All our programmes give you the experience of application and you learn by doing. We are proud to say that all our clients come from ’word of mouth’, along with existing belts that progress in their career and entrust us with their new journey of operational excellence.

We believe that the power of Improvement, Innovation, Problem Solving and Execution lies in the correct application of the Lean Six Sigma DMAIC Methodology, the depth and breath of knowledge gained and the riqour it is applied with. This is what delivers the 100% success rate we are proud to provide in our journeys.

remember that when you are certified, we will forever change the way you work for the better!

Novel idea is dedicated to becoming the best choice for assisting Blue Chip companies in the execution of their vision, by making full use of all opportunities in order to achieve a simple, structured and focused approach. This will help them to achieve a shift in capability improvement, in order to become World Class.

Novel Idea’s mission is to serve businesses by guiding them towards sustained problem-solving, improvement, innovation and execution of their strategic effectiveness along with the efficiency of aligned processes, products, technologies and services, in the shortest time possible. Our mission is also to enable our clients to become self-sufficient. 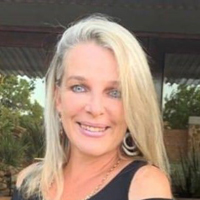 She holds the following qualifications:

During her corporate career, she has held a variety of Senior Leadership positions, where her ability to execute is what differentiated her. Following a request By SAB Miller, she launched her own business and Novel Idea was born.

Tilla’s passion for transforming individuals is what differentiates Novel Idea from its competitors. Her focus is on constantly improving Novel Idea’s offerings, with the goal of developing quality material instead of simply quantity.

She understands that the ability to develop a connected approach is what enables learners to connect the dots.

All Novel Idea experiential learning belts deliver a case study that addresses the theory, tools and principles, as well as the methodology, in a single example during this training process.

In 22 years and more than a 1000 case studies, all teams have delivered on the challenging outcome in the learning process.

The above will assist companies or individuals on their journey of applying Six Sigma principles to a work-related improvement project. In fact, Novel Idea believes that it will take no more than two such projects to deliver a permanent change to how you will work!

We do realise that while recognition should be given to all individuals in the learning process, true mastery must be celebrated, and once you reach the point where you can ‘connect the dots’, you will be empowered to fly.

Double Accredited in Lean Six Sigma as a Black Belt.

She says:
“I come from a sales and marketing management background in the healthcare industry, and if you had asked me what my next job would be, I would have most probably answered ‘General Manager of a healthcare company’. Today, I can work in any country, any industry, any business and any process, and still have the confidence that I can guarantee success in any project or deployment undertaken.”